The annual autumn event is key for Castorama’s retail business. Thousands of store colleagues converge to discover what’s coming in the year ahead: evolutions in merchandising and new products. “They can live the same store experience as our customers and even try the product, learn the new functionalities”. It’s a chance for them to talk with the head office, the buying teams, and directly with suppliers.

But it’s not just about product expertise; it’s a social event, when employees from all corners of France gather to exchange ideas, share meals and even party together. “Employees really enjoy the event… At the beginning we used to have a traditional dinner and then we found out that people went to pubs afterwards. We figured we could celebrate together, so now we have a moment of sharing and enjoyment during the evening”. Colleagues build relationships and return home energised by the company vision that unites them as ‘One Team’.

With such an annual event; it’s crucial to create a unique experience each year. Innovative display concepts are in order, as well as new dining experiences; there are even some surprises. “We always try to create something that is not boring. It’s a kind of trade show, but because it’s internal we have to create a lot of energy. That is the purpose.” One creative example of generating energy was the 2010 flashmob, when attendees were delighted by a dance production.

In 2013, Kingfisher-Castorama decided to make the event into an international one, by including their colleagues from the group’s British B&Q. Eight thousand participants, hailing from Poland, Turkey, Russia, China and Spain, in addition to the UK and France, attended over the four days. The event was very important because it was the first time in the history of Kingfisher that we got so many people from the whole group together.” The event extended beyond presentations; all the Senior Leaders attended, and conferences for Management and suppliers were organised. Although the event was a great success, and one that the company is considering repeating, this joint endeavour was not without its challenges. Mr Lavielle was not concerned about the venue because he knew that Lille Grand Palais had expertise in hosting international events. The challenge was more internal. Although part of one group, there were two different businesses involved, and the team was determined to create one integrated event, with joint agreement on the concept and details. We did not want someone to say ‘this is how it is going to be’, we wanted a shared decision. It was a good experience as a project team. Partners in creative solutions Mr Lavielle, who assumed responsibility for the event from 2011 to 2013, took nothing for granted and did have conversations with other venues in Paris and Belgium to compare prices and possibilities, but decided to return to Lille. In addition to the reliability and expertise of Lille Grand Palais, he appreciates their ability to help create something new. “Lille Grand Palais is definitely a partner…For us it’s about the ability to be flexible, to be able to follow our creativity and respond to that, to add new things, etc. And we know that on the day and the week before (the event) they will have all the logistics and people in place. We’ve never had any bad surprise with Lille Grand Palais since 2007. This is why I say it’s a partnership rather than just a company we engage from one year to another and it will continue in 2014.“ 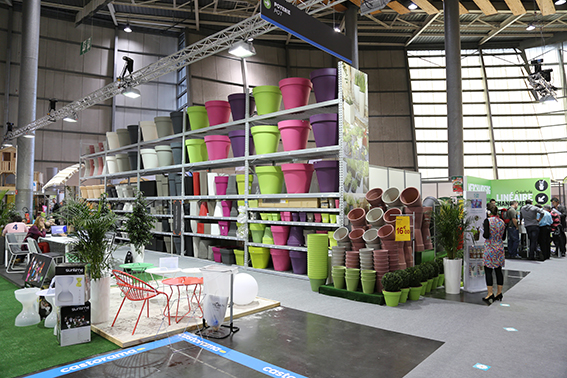