The Métropole de Lille is an example in the field of artistic and cultural innovation.
Propelled European Capital of Culture since 2004. They capitalised on the event to make it
a permanent part of her cultural agenda. 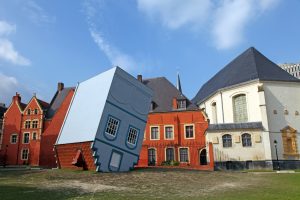 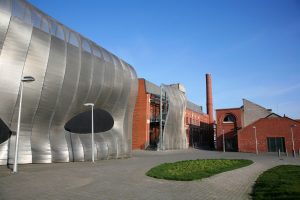 It must be said that the Metropolis has significant museums such as the Palais des Beaux-Arts, La Piscine, the LaM or the Muba and concert halls, but also alternative structures such as the Tri Postal, the Station Saint Sauveur, the villa Cavrois and Le Fresnoy : National studio of the contemporary arts or houses Folie … The goal being to anchor the culture of Contemporary Art especially – in the daily life of Lille, by favouring access to the greatest number. An exceptional offer, therefore, which largely contributes to the influence of Lille in France, but also internationally. 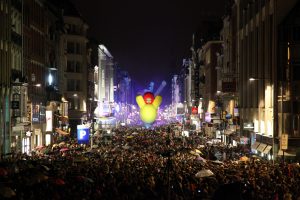 This openness to the world is today characterised by the lille3000 program. A recurring appointment that invites you to discover new cultures through numerous festivities : exhibitions, shows, outdoor installations, parades …

After the Bombaysers de Lille (2006), Europe XXL (2009), Fantastic (2012) and Renaissance (2015), Eldorado (2019) promises an edition focused on Mexico and its culture by offering a varied program, inviting everyone to travel and arousing the curiosity and the desire to dream about the evocation of a known or unknown country.