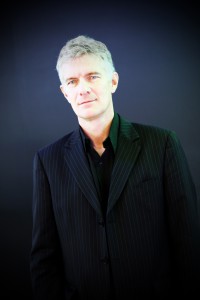 Fantastic 2012 is the latest in a series of Lille 3000 big events which started back in 2004 when the city was designated European Capital of Culture. It kicked off with a spectacular Opening Parade on 6 October and lasts until 13 January 2013. A three month ‘Fantastic ‘ cultural festival  which promises an experience of the impossible, the strange, the magical, the incredible, the subliminal, the supernatural… We asked Director Lille 3000, Didier Fusiller for some personal comments:

Fantastic opened for the people of Lille and international visitors with a parade and non-stop show created by Jean-Charles de Castelbajac. We have big exhibitions like the one at Palais des Beaux Arts with masterpieces from the Flemish school: Bosch, Brueghel and Patinir. There’s also the world of contemporary art at the Tripostal Gallery with the Théo Mercier‘s skeletons and ghosts, Folkert de Jong’s neo-baroque raft and the reinterpretation of Star Wars by Borre Saethre. Plus the curiosity cabinets, these extravagant personal collections which can be found in the town halls, schools and museums of the 72 towns which are partnering with Fantastic.

The Metamorphoses, these installations in the heart of the city which tempt you to take a leisurely stroll…like Jean François Fourtou’s Upside-down House in the old quarter or the Flying Saucer by British designer Ross Lovegrove which welcomes travellers arriving at Lille Flanders station.

15,000 8 year old children will be discovering our future in a great treasure hunt by revealing the magnificent and priceless skeleton of an imaginary beast…Some bones can be found in the Pop ups which are venues for Flash events; in a former inland revenue office; and a postal sorting centre where you can get your hair done; be scared out of your wits; have a drink by the warmth of a brazier, see non-stop videos and listen to a concert on a stationary barge…

Lille is building up to a fantastic 2012. It’s part of the ambitious long-term Lille 3000 project which was born out of Lille’s dynamic year as European Capital of Culture in 2004. Once again major cultural partners from across the region are coming together to create another mind-blowing festival, this time on the theme of […]