i-Trans a cluster on the move - Lille Grand Palais 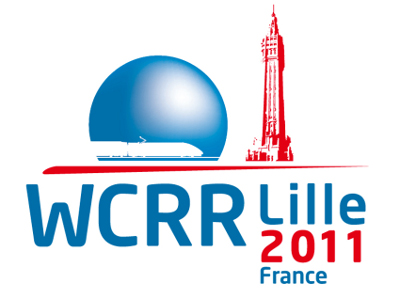 Research and innovation are keys to so many successful conferences & events. Direct from Seoul to Lille comes the 9th World Congress on Railway Research ….

Poles of attraction…
No wonder Lille attracts so many conferences from so many different fields of human research and endeavour. 100,000 students, 3000 academic researchers, 250 laboratories in European networks of excellence… Lille Metropole is also home to five research & innovation clusters which have been specially designated by the French Government. They cover a mix of industries for which Lille is traditionally famous as well as new cutting-edge technologies –i-trans (rail & transportation); UP-TEX (textiles); NSL (Nutrition-Health-Longevity); MAUD (sustainable materials & applications); and Industry & Commerce.
In addition, Lille Metropole has major research centres in two other specialist areas – Biomedical and ICT (Information & Communication Technology).

i-Trans, a cluster on the move
The i-Trans competitiveness cluster operates under the aegis of the Terrestrial Transport Promotion Association of Northern France and it brings together industry leaders and key players in research and education relating to rail, automobiles, logistics and intelligent transport systems.
The objectives are simple and straightforward – “invent, develop, build and sell the transport systems of the future” –and they aim to build international recognition as a unique focus of excellence and innovation in terrestrial transport.
i-Trans is one of only 16 competitiveness clusters in France that has been officially recognized for their potential as centres of scientific and technological know-how with worldwide reach.
It makes the next item even more relevant, and the connection between cutting-edge research and the world of meetings.

From Montreal via Seoul to Lille France
The 9th World Congress on Railway Research is coming back to France after 17 years, and it’s coming to Lille. The first WCRR was held in Paris in 1994 and since then it has been touring the railway world.

“The WCCR 2011 is an outstanding international meeting whose target is to promote exchange between researchers, manufacturers and operators as well as to share their experience”, explains Marie-Pierre Meynard, Chair of the Organising Committee and Director, Innovation & Research at SNCF.

The conference is very strongly focused on the added value research offers the transport world, especially in relation to its clients, both freight and passengers. Services, mobility, energy and the environment, respect for timetables and many other themes are on the agenda.

Lille’s bid for this major conference started as early as in 2004 and the city had a strong presence at the 2006 Congress in Montreal. Lille had two major advantages. Firstly, the region is the centre of the French rail engineering industry. Secondly, it really wanted this major international congress and everyone at local & regional level invested together in getting it.

In her open letter to delegates Marie-Pierre Meynard puts it very succinctly, “Lille and its region, land of conviviality and gastronomy, at the heart of railway Europe, are more than happy to welcome you.”

And Lille looks forward to hosting around 700 delegates from across the railway world on 22-26 May 2011.