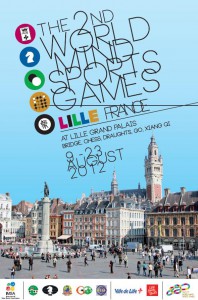 With the Olympics in nearby London from 27 July to 12 August, Lille was a natural choice for the second edition of the World Mind Sports Games which kick off at Lille Grand Palais on 9 August and last for two full weeks.

IMSA, the International Mind Sports Association was founded in Berlin in 2005 under the aegis of SportAccord and it brought together four powerful international federations representing the major mind sports:  Bridge, Chess, Draughts and GO (the encircling game).  In turn, these federations represent over 400 national associations and some one billion players around the world.

The first ever Games were held like the Olympics in Beijing in 2008 and included Xiang Qi (Chinese Chess), as will the 2012 Games in Lille. Commenting on the choice of Lille as the venue for the Games, Christine Francin from IMSA stressed, “Lille is a very welcoming city and has exactly the infrastructure we needed for a major event of this kind which will attract some 2 000 participants from all over the world over a period of two weeks.”

Christine Francine reminded us that this was not their first experience of Lille. In 1998 the World Bridge Championships were held here at Lille Grand Palais and the feedback from participants had been extremely positive. 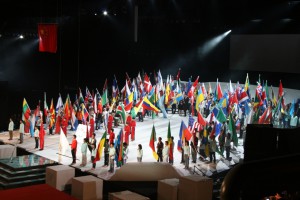 “Hotels, shops, restaurants and many other local businesses are very happy that the 2012 Games are coming to Lille, especially in this traditionally quieter month.  Our 2 000 participants, many of whom will be accompanied, will bring the city to life and ensure businesses have a good August turnover. And there is already a lot of media interest in the Games which start off with a special Opening Ceremony at Lille Grand Palais on 9 August at 19.00”, she added.

Spectators will be able to follow the Bridge championships free on a big screen in a special room at Lille Grand Palais, complete with live commentary.  There will be live streaming of all the different mind games so that people around the world can follow the event.

More about Lille’s World Mind Sport Games and how to follow them online, 9-23 August 2012.
www.imsaworld.com