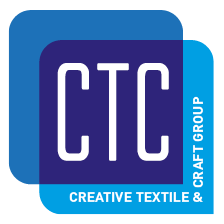 Since 2001, CTC Distributions has been a key player in Direct Home Sales. The company, headquartered in Nivelles, Belgium, has 25 employees, a 2200 m² logistics platform that processes more than 10 000 orders per month, and an office in Lille. It sells its products exclusively via Direct Home Sales and relies on a network of 1000 sellers across Belgium, France, the Netherlands, Luxembourg, Switzerland, Spain, Germany and Australia for its AZZA brand of creative leisure items and scrapbooking. Every two years, CTC Distributions organises its annual AZZA convention, bringing together its community of independent distributors over 2 days. The January 2019 event took place in Lille Grand Palais and welcomed nearly 450 participants.

Since 2013, every 2 years, CTC Distributions has organised the annual convention of its home sellers. The aim is to update them on what’s new that year and spread corporate messages. The convention has already taken place in Montpellier, Brussels and, most recently, in Lille on 11 and 12 January 2019.

“For this event, the organisation starts a year before and the hardest part is finding a place that can host our 450 delegates. That means a plenary room big enough for 450 people and subcommittee rooms for 50 people. So we usually book a year in advance and the organisation gathers pace in the last 4 or 5 months”, says Laurence Longrée, Commercial Manager of CTC Distributions.

The choice of Lille Grand Palais

“In January 2018, I visited Lille Grand Palais. I already had an idea of what we needed: an accessible place with hotels nearby, a plenary room and subcommittee rooms arranged in line with our flow of participants. Lille Grand Palais met all these criteria, and I chose it on my first visit”, Laurence Longrée adds.

This is first of all an important event for CTC Distributions: “We meet our home sellers once or twice a year in the region at team meetings, but this international event is very important.” The 450 delegates come mainly from France, but also from Belgium and Switzerland. They come under their own steam by train or car, sometimes by plane, to get together.

The convention begins with a plenary meeting that takes place in the Jeanne de Flandres hall: “a very pleasant room, very bright, glazed with a terrace that we separated in two, one part for the plenary with the second for the exhibition area of new products and scrapbooking models”, Laurence Longrée explains.

Delegates are then grouped together and take turns attending eight 50-minute subcommittees. Finally, there is a second closing plenary on the second day. Coffee breaks and lunches are taken on site with Lunch Boxes provided by Lille Grand Palais, while an evening event takes place on the Friday. “We organised it in Tournai. It was a FoodTruck party with a village square set up in our 2000 m2 warehouse. The return trip between Lille and Tournai was organised by bus (2 trips of 4 or 5 buses of 50 people)”.

Firstly, because the teams from Lille Grand Palais made themselves totally available: “there was no problem, even during the event, they always have solutions on site if needed. From a technical point of view, they provided the necessary equipment. Everything went very well, we needed additional reminder screens in the main room and they were added. They also added lighting in some of the subcommittee rooms. It was very well organised on their part, and everyone was fully aware of what to do. So I was able to focus on other tasks, knowing it was all going to plan.”

Then, because the traffic flow was very fluid: “the 8 subcommittee rooms were grouped together on the same floor below the Jeanne de Flandres Hall. Lille Grand Palais is a functional site that offers solutions for people with reduced mobility. The signage is really effective. The site is perfectly suited to this type of convention.”

In addition, the place is very accessible: “the stations are next door, the hotels are close enough, with no worries about parking”.

“Everything went very well, we only had good feedback, the delegates were delighted and enjoyed the site, it was a success, the outcome was very positive!”, Laurence Longrée concludes.