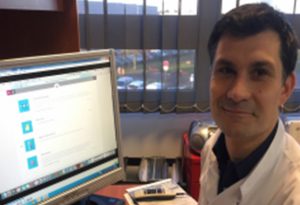 Philippe Deruelle, professor in gynaecology and obstetrics at Jeanne de Flandre, talks about the choice of Lille Grand Palais to welcome, on the 6th, 7th and 8th of December 2017, the 42nd days of the Collège National des Gynécologues et Obstétriciens Français (CNGOF) (French National College for Gynaecologists and Obstetricians).

“After having been organised in Paris for many years, the gynaecology conference took place in Nantes, Montpellier and Lille. This French event brings together 3,000 to 4,000 participants. Of them, 30% are foreigners from different countries. Thus, Switzerland, Belgium, North Africa, Lebanon, French-speaking Africa, Vietnam, Brazil and French-speaking Canada will participate in the conference.

We chose the city of Lille because it offers a strategic geographical location between Paris and Brussels. Its accessibility allows delegates, especially those from the Paris region, to attend conferences on the day and then return home at night. Lille also offers a large hotel capacity with over 8,000 rooms.

Finally, Lille Grand Palais was chosen for the modularity of its rooms. Going from conferences to lecture halls to lunch and coffee breaks in a very fluid and pleasant way, the Lille Grand Palais spaces were a major asset in our decision. »

“Lille Grand Palais was chosen for the modularity of the rooms, making it possible to go from lecture halls to lunch and coffee breaks in a very fluid and pleasant way. »