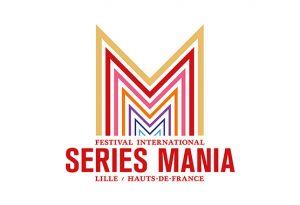 SERIES MANIA, the international festival for TV series, is making Lille its new long-term home and organising its forum at Lille Grand Palais

The City of Lille and the Hauts de France Region have jointly won the call to tender launched by the Ministry of Culture to organise an international benchmark event for TV series. As a result, the international SERIES MANIA festival, dedicated entirely to TV series, was held in Lille for the first time this year. One of the elements of the festival – the Series Mania Forum – brought the world’s audiovisual industry together over three days at Lille Grand Palais.

“Over 8 days, to make Lille a city that resonates to the vibe of TV series and get the city known among professionals across the global audiovisual industry”, says Laurence Herzberg, Managing Director of SERIES MANIA. “The festival is divided into three parts: a public festivalthat takes place in Lille’s cinemas, mainly the Nouveau Siècle, the UGC and the Majestic with a festival village set up at the Tri Postal. A professional eventthat brings together the crème de la crème of the global audiovisual industry over 3 days: the Forum. Finally,a political gathering called “The Lille Dialogues”which aims, once a year, to make Lille the meeting point between Americans and Europeans at the political and institutional level. The European Commission, ministers and parliamentarians discuss the issues facing the sector, the expectations of Americans and Europeans, and bring their thinking closer together. As such, it’s both a formal and an informal institutional day”, LaurenceHerszberg adds.

“We are the people who run SERIES MANIA, and when we got here, we went around all the venues to find the right place to bring our 2000 professionals together”, Laurence Herszberg explains.

“We weighed up the potential venues. I wanted a site capable of holding 2000 professionals, 60 to 70% of whom were coming from abroad and other European countries. We needed a fairly big place, with good infrastructure, that was well connected to the train stations and city centre, and that gave us the opportunity to organise conferences and “project pitch”-type presentations. After touring Lille and its suburbs, it seemed obvious that the only venue with all these features in terms of capacity to host a large number of professionals, with auditoriums, and near the railway stations, was Lille Grand Palais!”, adds Francesco Capurro, Head of Series Mania Forum.

A convention with conferences which doubles as a trade show

It is both a convention with conferences and a three-day trade fair within a festival that lasts for eight days. “We occupied the Hall Métropole where there was an exhibition section with stands and a major section featuring professional meetings which also extended to the 3rd floor in the Jeanne de Flandres area, with a terrace for the most important meetings. This terrace was greatly appreciated by our professionals. This wonderful space with its covered terrace is one of the best things about Lille Grand Palais, allowing us to create an amazing sunny networking space”, Capurro explains.

A platform of high-level speakers

40 countries were represented, many European but also with lots of Americans who are more and more interested in Europe’s audiovisual sector. “We had all the major American groups, including Netflix’s co-founding boss, ReedHastings, who came to present a conference, as well as the CEOs of TF1, Orange, France Télévision, VRT NWS … all these personalities from the industry were gathered together during the “Lille dialogues” that took place as part of the Forum at Lille Grand Palais”, Capurro adds.

The attractions Lille has to offer

From the start, there was this synergy between the region and the city: “Xavier Bertrand and Martine Aubry really wanted this event and were ready to throw themselves into organising it”.

Lille is also a culturally very dynamic city:“Since the beginning of the 2000s, there have been a huge number of cultural initiatives in all areas that are developing successfully”.

With a real audience“which is now curious and which wants to participate in cultural activities in amazing converted industrial buildings”.

Lille has also convinced the professionals with its proximity to major European capitals– Brussels, Paris, London. “It’s a city that is well connected by the rail networks and the direct high-speed train between Paris Charles de Gaulle and Lille Europe. This is a considerable benefit for professionals coming from abroad. It takes almost the same time to get to the centre of Lille as it does to get to the centre of Paris when they land at Charles de Gaulle”, Capurro adds.

The expert support of the Lille Grand Palais teams

Laurence Herszberg adds: “We worked very well with the Lille Grand Palais teams – totally dedicated people who pulled out all the stops for us … absolutely perfect”.Francesco Capurro continues: “We were helped and supported throughout the year: our project manager was great, always there to deal with our requirements. Under his coordination, the technical team was also very attentive to our needs. They really helped us make this event happen. We, the organisers, are a small team and we needed them and their expertise. In Lille, there is only Lille Grand Palais that can provide this expert support for an event of this scale.”

“From now on, SERIES MANIA will be held in Lille. The president of the region, Xavier Bertrand, is committed to this project for the long term. We must now firmly establish this event for both the general public and for professionals, the SERIES MANIA brand is now recognised within the profession, and the people of Lille have also helped make SERIES MANIA widely known. Yes, we’re ready to develop this event in Lille and its region”,Laurence Herszberg affirms.

“To sum up, we’re really pleased. Lille Grand Palais has been perfect for organising our forum, we’re in no doubt about that. What’s more, we’ve just signed up for 2019, which will happen from 25 to 27 March 2019 at Lille Grand Palais!”,Francesco Capurro concludes.