Welcome to my Lille by Laurence Péan - Lille Grand Palais 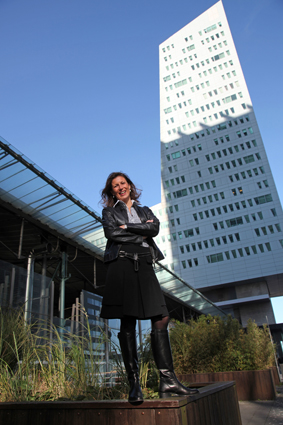 Synergies special guest in this edition is Laurence Péan, Managing Director of the new Nord France Convention Bureau.  Although originally from Touraine, she has worked in Normandy as Director of Tourism for Deauville before moving to Paris to take over responsibility for the Meeting Industry Department of Atout France, France’s National Tourism Development Agency.

Laurence Péan’s personal and professional life collided last year when she moved permanently to Lille to take up her new job.  For the previous 12 months she had been coming to Lille every weekend on a personal basis to see her partner.

“My partner, a local, helped me discover his city and his region – the museums, the richness of its cultural life and evenings out…like Paris, but on a more intimate scale.”

“I discovered a new quality of life in Lille. It’s very European and very open with so many dynamic people who are determined to change this stereotype image of the ‘grey north’.”

Lille, the place to be

“It’s a destination which never leaves you indifferent. It always creates enthusiasm which makes you want to come back. In 4-5 years time it will be the place-to-be for meetings & conventions, and also for living. Many people are already coming here from Paris to set up.”

Lille at the heart of Europe & the Nord France Convention Bureau

“The new Convention Bureau which was created last year has gone regional with four complementary destinations – Lille, Arras, Dunkirk and Le Touquet. We have created a new web portal covering the whole region and what it has to offer the business visitor.”

“It’s another year of great infrastructure projects – the new Sports Stadium and the sensational satellite Louvre Museum in Lens. Everyone will be talking Lille in 2012. And in 2012 the Nord France Convention Bureau has planned 20 targeted marketing operations, aimed at prospecting new meetings business for the region”.

Welcome to my Lille by Luc Doublet

The consumer heartbeat of Europe At a time when companies around the world are developing new geo-marketing strategies to decide where to invest and set up operations, we needed to provide an up-to-date sales pitch for our region. So, together with the Nord-Pas de Calais Regional Council, we have undertaken some new research. The result? […]

This amazing museum of modern, contemporary and outsider art re-opened last September after a four year facelift. It has been completely renovated and extended, and now has some 4,500 works of art and a total exhibition space of over 4000m2. This is the latest step in Lille Metropole’s policy of making the best of culture […]