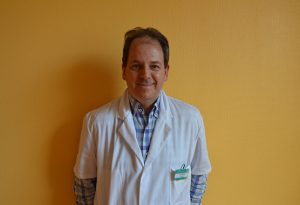 Dr Michel Reich, the psychiatrist in charge of the Oscar Lambret Centre psycho-oncology team, talks to us about the 32ndSFPO Conference which will take place in Lille Grand Palais next November. 400 people are expected.

“The SFPO Conference was organised for the first time in Lille in 2005, at the Nouveau Siècle.

Ten years later, we return to Lille, this time, to stop at Lille Grand Palais. The reasons for this choice are its very good geographical position, as well as the simplicity, responsiveness and professionalism of its sales team.

If we had any apprehensions about the operation between Lille Grand Palais and Com Santé, the contact with the SFPO was made very easily. From the beginning, the distribution of tasks was clear: the development of the scientific programs was carried out by the scientific committee and the logistics by the agency. “ – Michel Reich