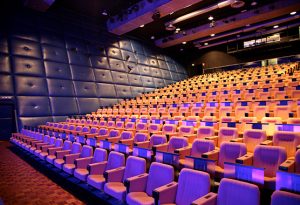 Professor Sylvia Giard, oncologist surgeon at the Oscar Lambret Centre, talks about the Lille edition of the conference of the Société Française de Sénologie et de Pathologie Mammaire (SFSPM) (French Society of Senology and Mammary Pathology). Around 1000 people are expected in November 2017 at Lille Grand Palais.

“The SFSPM conferences are rotating within the Hexagon The last Lille edition dates back to 2006, at Lille Grand Palais. We are coming back in 2017, eleven years after the event!

Organised by the SFSPM Board of Directors, the conferences gather between 1,000 and 1,200 participants from all over France and French-speaking countries. They therefore require a large space that is well served by transport. The accessibility of Lille Grand Palais – the presence of the metro, train stations, airports, motorway – and its volume of space perfectly meet these specifications. Lille is called a “city on a human scale” and is very well served. Everything is accessible on foot. Moreover, where the Lille hotel capacity was problematic eleven years ago, today that is no longer the case.

Regarding the field of oncology and especially the medical specialities for the management of breast cancer, you should know that Lille is one of the best equipped provincial cities. As such, the Oscar Lambret Centre has very high-performance technical platforms. Our radiotherapy platform, for example, is recognised as one of the best in Europe.

I am very happy to support the Lille Grand Palais teams throughout the preparation of the file. There was already a precedent with Professor Jacques Bonneterre from the COL, who is very well known in the profession, but it was all new to me. I was warmly received by the Lille Grand Palais teams and I was quickly put at ease. The welcome is simple, professional, and they know how to anticipate our needs to prepare work upstream. “ – Sylvia Giard